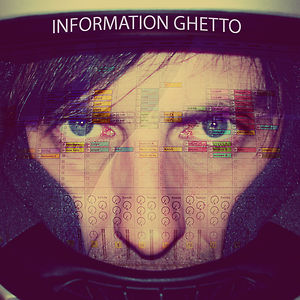 After the well received success of our last release by Esa, Croatia’s finest bovine inspired label is excited to announce our next moo-sical offering. This time we’ve cast our A&R net eastwards and have snared Russian producer Denis Korsunskiy, aka Information Ghetto.

With releases on fine labels like Get Physical, 3rd Wave Music, Broque, PRO-TEZ and Multi-Vitamins, Denis stands out as one of front-runners of a wave of Russian producers to have emerged in the last decade. When not performing live as Clapan, he delves into various dubbed-out and industrialized soundscapes when producing as Information Ghetto. Working with both analogue and digital equipment using a live-jam ‘on the fly’ methodology, his emotional control and talent for audio manipulation stands out.

Here’s how he describes ‘Inspiration’:

“Inspiration is one of my favourite works so far. It’s a unique composition which I envisioned and later managed to accurately replicate in the world of sound waves. I create my music in constant dialogue with my instruments and often they show me the limit of my creative processes, but with ‘Inspiration’ it turned out to be totally the opposite with me pushing my equipment to new levels and I believe I managed to consciously integrate into it the energy of when I was first introduced to electronic music. For me, those far-away days in the 90s were the period I remember fondly and love so much.”Complimenting the original track we have a pair of gorgeous remixes; firstly from one of Chicago’s finest masters of the deep, Specter, and other supplied by the techno pioneer and don who played such an integral part of the evolution of the genre in Europe, Aubrey.

Burek 007 will be released in September.