Hello each and everyone.

As summer winds down and we start looking towards the European indoor season, we're extremely excited to announce four new signings to our growing roster of music-makers and DJs.

First up, we are super stoked that none other than Marco Bernardi join us. He’s released albums and 12”s on labels as serious as Clone, Frustrated Funk, Abstract Forms, Soma, Rawax, Creme Organisation/Bunker and Dave Clarke’s Whitenoise. Carl Craig heard enough to sign him to Planet E for his ‘Star Traveller EP’ whilst the sizzling Hypercolour has gobbled up his taut and tumbling electro as they get primed to release the ‘No-One Seems To Care EP’. Remixes for Drexciya’s Henrich Muller, Orlando Voorn, Convextion, Slam, 2562 and Redshape were matched by gushing journalism from Clash, Resident Advisor, FACT, Little White Earbuds and DJMag.

Stateside beat-smith Moon B's story reads like a producer's wildest dream. From a self released cassette, to being picked up by a taste-making label (Peoples Potential Unlimited) and then released on vinyl to wide ranging praise and critical fanfare, Moon B looks set to have an even more prolific 2014 with more releases and collaborations on the way. Citing influences from Ron Hardy to Dam Funk, his blending of deep house, electro and funk influences has turned heads, tweaked ears and moved bodies in all the right places in the last year. 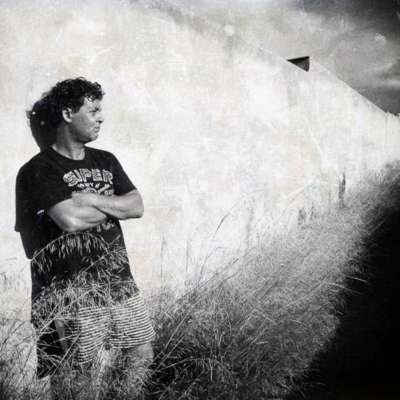 UK techno legend Aubrey. From his early days playing raves throughout southern England and London, Aubrey formed part of an axis that drove the sound of a generation alongside peers such as Carl Cox, Mr C, Colin Dale and Grooverider. His wide and eclectic musical tastes, production expertise and multiple labels meant he swiftly became a fixture of clubs and festivals across the world. With over two decades of production experience, he's still a very much an in-demand remixer, producer & DJ appearing on a range of deep house & techno labels. We'll have some exciting news in the near future concerning a release by Aubrey on a certain Berlin-based label connected with one of the world's best known underground clubs...

Lastly, but by a long way no means least, a fresh face on the scene, Gnork. He is a young Budapest based producer who's had tongues wagging among the UK house underground, within just 3 releases on boutique UK-based labels. His debut appearance on Blind Jack's Journey, followed by another outing on that imprint, and his first solo EP on East London's art-house label Bokhari have cemented his reputation as "one-to-watch". His deep, spaced out aesthetic mixed with touches of broken beat and drum and bass is now gaining support from heavy hitters like Axel Boman, Jimpster, Neville Watson, Red D and Gerd.

We are extremely proud to welcome all four talents, both established and upcoming, to our roster.